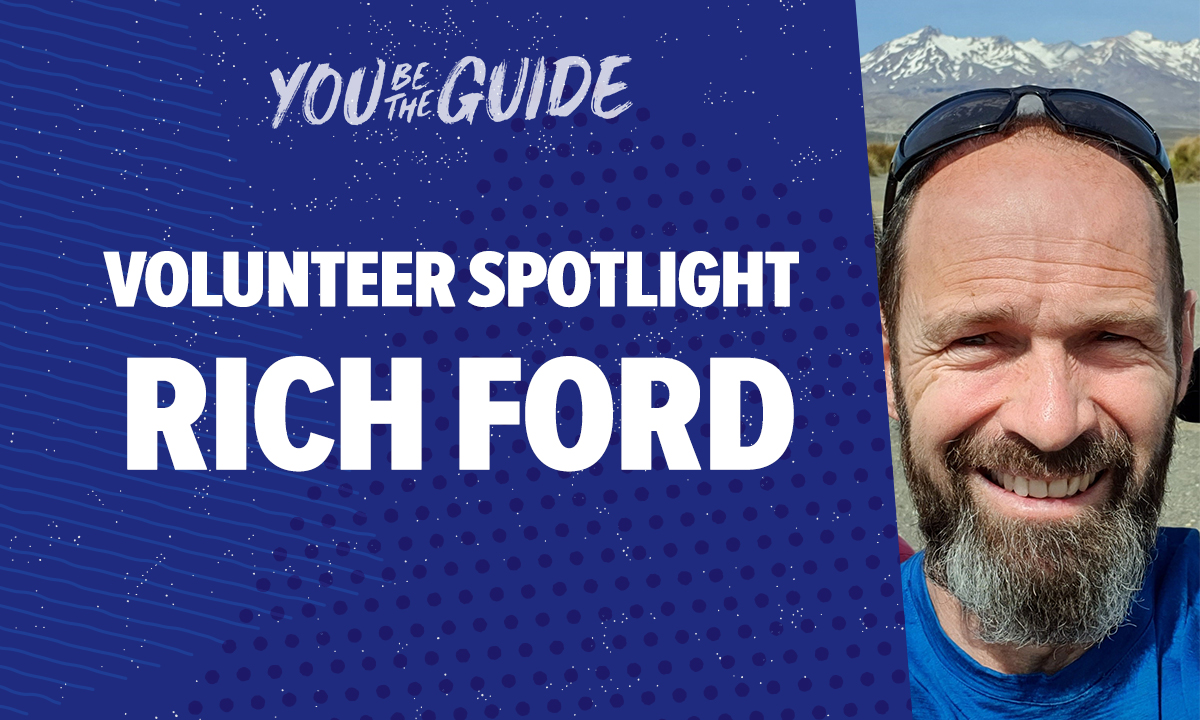 Rich Ford was a Dad who was happy to help out his local Guiding unit occasionally as his daughter progressed from Pippins through to Rangers. He hadn’t planned on becoming an actual Guiding Unit Leader (and, as a man, didn’t realise he was able to!) but during lockdown, that is the role he found himself in.

The existing Leader of Onslow Rangers had less time available to her this year to devote to Guiding. As Rich described it, she “used her powers of persuasion to convince three of us to become Leaders and share the load between the four of us.” Another reason he agreed to become a Leader was the ability to contribute his skills and spend more time in the outdoors, a passion of his.

Becoming a Leader during lockdown was an unusual experience, as meetings were of course run online, using Zoom meetings and Google hangouts to keep the girls connected.

But it was relatively easy says Rich. “Ranger meetings are very much girl-led. In the first session they plan what they want to do for the term, and they run the sessions. I really like the leadership aspect for the girls – there was nothing like that at that age (for me).”

During lockdown the rostering was mostly worked out by availability, but hopefully it will increasingly include Leaders’ interests and skillsets relative to the activities planned by the girls. Rich is enjoying the full return to in-person Guiding and the ability to schedule some outdoor activities.

Being part of a team of Leaders makes the commitment to volunteering much easier for Rich. “Beverley (the original Leader) is a guiding hand and helps with the planning; she’s done it all before. I’m really there to keep a safe eye out.”

“As we share the load it means you’re only committed for two – three nights a term, which makes it doable. If I were by myself it wouldn’t work. The team approach helps so much. We have a WhatsApp group, so if something comes up you can message and someone else will generally be able to step in.” As a male Leader, it is also a requirement that Rich has a female volunteer with him at unit meetings.

“The good thing about volunteering like this is that it’s a way I can be part of my daughter’s life without being too intrusive. I get a feeling for what they talk about and who her friends are. I asked and my daughter hasn’t objected to my involvement, so I assume it hasn’t bothered her (yet!)”

A Year of Discoveries

We have already kicked 2021 off with a bang in the world of Discoveries. We ran two incredibly popular Outdoor…