Close
> Private: Blog > Miscellaneous > HOW MUCH DO YOU VALUE FRIENDSHIP? MAISIE’S STORY 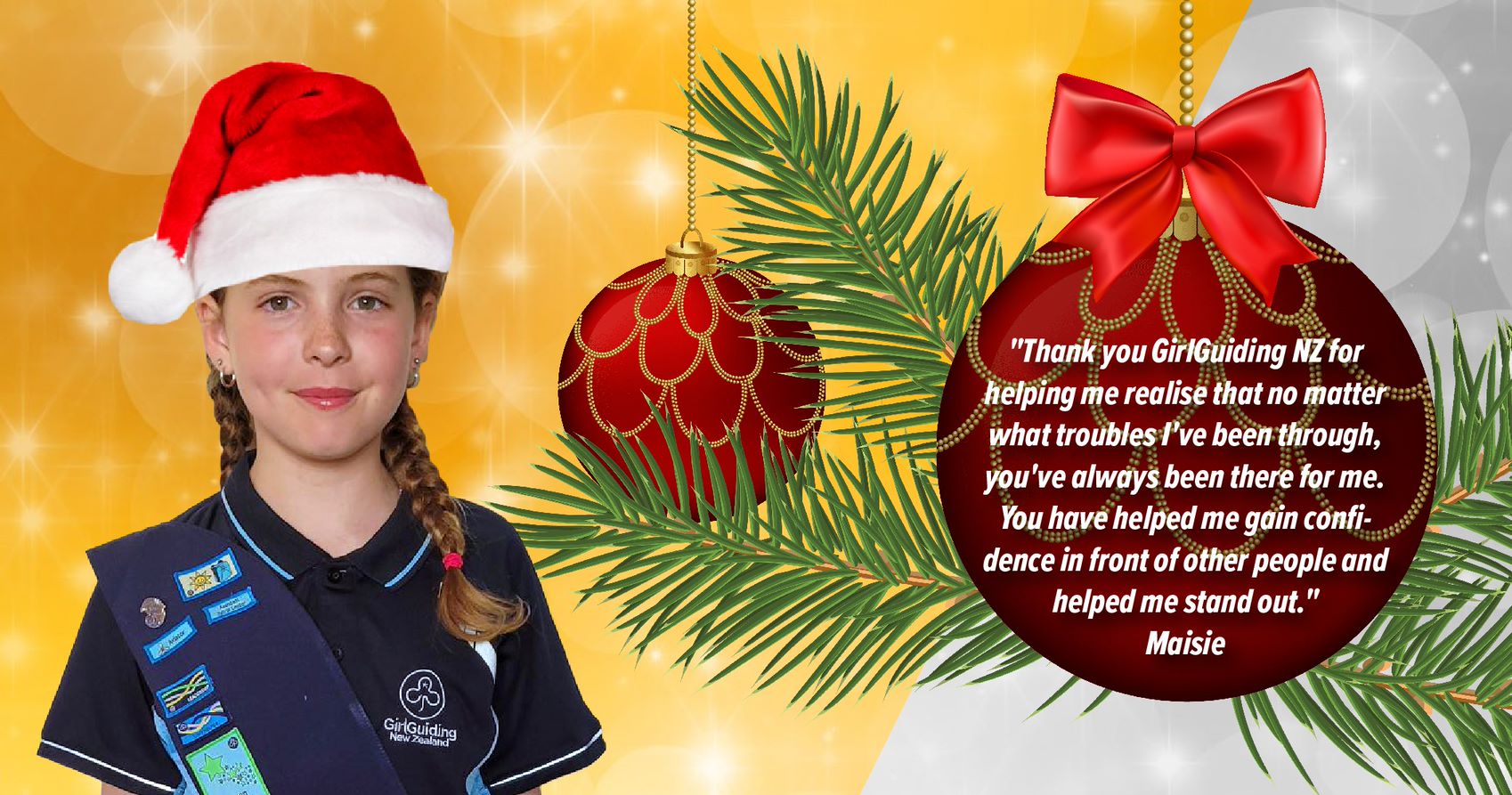 We all need to belong and have good social connections which are so important now more than ever. We tend to do poorly when isolated from others and need to be part of a community to thrive. Having healthy friendships is good for your physical and mental health gives you joy and happiness and strengthens your self-esteem.

What would you do if you didn’t have good friends?

When Maisie moved to New Zealand at 7 years old, her parents were looking for a new activity for her to get involved with, so she joined her local Brownie group with her mum Claire, quickly joining as a volunteer leader. Life for Maisie seemed good.

It wasn’t until they moved house (and school zones) that a problem that many girls face today, became apparent. Maisie revealed to her parents that she was struggling with her friends at school. It turned out that her ‘friend’ group wasn’t working that well at all. Many girls face this, being teased for no apparent reason, left out and being on the outside of jokes or feeling that way. This came to a head just before World Thinking Day (the day Guiding celebrates the birthday of its Founder) when being picked up after a sleepover to go to the event, she had a meltdown in the car on how bad she felt it had become.

Situations like this cause anguish, insecurity, and self-doubt, so much so that girls like Maisie might even want to move schools. Sadly, it’s a common theme for many girls which is why we have highlighted the challenge and how it might be dealt with.

With support from her parents, her brother, her school and of course her volunteer leaders at GirlGuiding NZ, Maisie realised that it was at Guides where she was most happy as it was a full cross-section of girls from all different walks of life, that have values like her own, all working together as a community and respecting one another. Maisie decided to stick with her school but make a positive change in her life.

Now an Assistant Patrol Leader at Guides, 11½-year-old Maisie committed herself to Guiding where she knew she had a supportive group of people around her. She pushed herself to join in more at the local guide group and despite being a bit younger and petite, started to feel as though she was being included, listened to during the patrol sessions, and valued as an individual. She first focused on the individual badges and realised when she took work on, she had to talk about them, and it earned her the respect and admiration of not only the Leaders but a lot of her peers with her ever-growing badge stash!

She stuck to her values and embraced a new group of friends who are not only around at her place a lot (even having sleepovers), but because she has so much fun at Guides, some of her new friends have joined her Guide unit so they can share their experiences.

As mum Claire says, “she used to come home from school deflated but is now happy. She is so excited about life”.

GirlGuiding has helped Maisie’s self-assurance flourish in leaps and bounds. She has shifted from being the shy, small girl who was just joining in with the activities to being someone who has helped prepare activities and is confident in leading and running them herself. Her confidence from working with the Brownies (girls aged 7 – 9½) for her Unit Helper badge has also shone through, and she was even front and centre in the North Shore Gang show which helped her immensely!

Her Guide Leader’s guidance and values have taught her that she can overcome anything to be a better person. She can now look to the future and know what new friends can and will bring.

Volunteer Guide Leader Louise Jordan says, “Maisie has persevered, and I can honestly say I’ve seen her work through many struggles over many weeks by sticking with what she knows, being true to herself and being prepared. I’m so proud of Maisie; she’s grown in self-confidence and resilience in front of our eyes whilst in our group”.

Being part of GirlGuiding is not only about the programmes that help build life skills and leadership for girls and young women. It is also a place where girls can have lots of fun together, take part in adventures and develop friendships in a safe girls-only space.

Camps are always a standout for Maisie, and when mum Claire helped at a recent camp she said, “I was so proud to see her doing things that I didn’t think she could do. She is growing up.” Claire added, “if she weren’t part of the Guiding family, she would not have made these positive changes. She has let the leaders know that she wants to have her voice heard and the activities she does keep her involved.”

Maisie says of GirlGuiding, “Thank you for helping me realise that no matter what troubles I’ve been through, you’ve always been there for me. You have helped me gain confidence in front of other people and helped me stand out.” 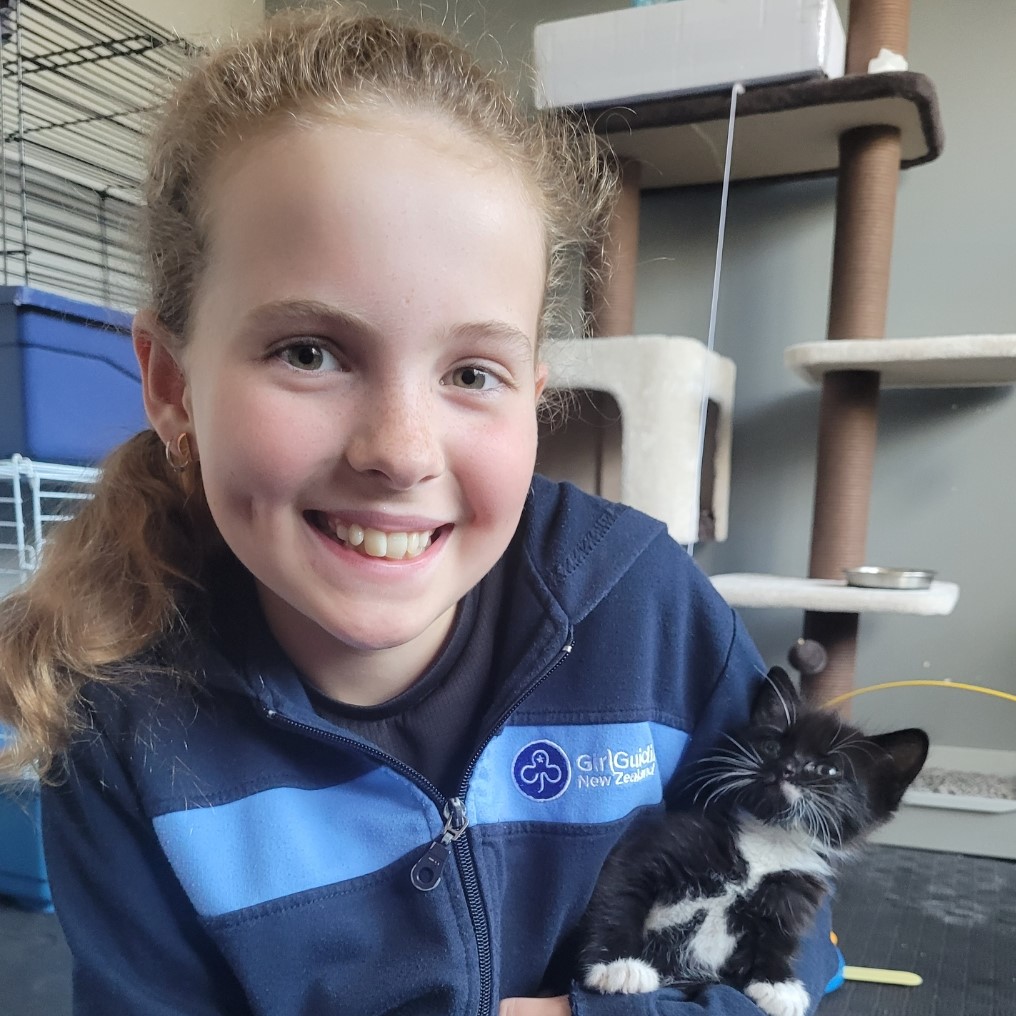 At GirlGuiding NZ we aspire to impact girls’ lives to help them grow as a person. Guiding is a place where girls and young women are valued and respected and where their dignity and rights are upheld. It is a safe place where they have a sense of belonging, can openly share their experiences and challenges, and be assured of confidentiality and support. It is a place where you will always have friends.

We all need friends – we can’t do this alone! How much do you value friendship? Please, be a friend to GirlGuiding NZ and DONATE today to help girls like Maisie feel valued, inspired and empowered to take action to make a positive change to their world.

How to keep Aotearoa clean this Summer

Is TikTok safe for our Guides?

Here at GirlGuiding New Zealand, we have gone full force on social media in the past few months. Throughout our…