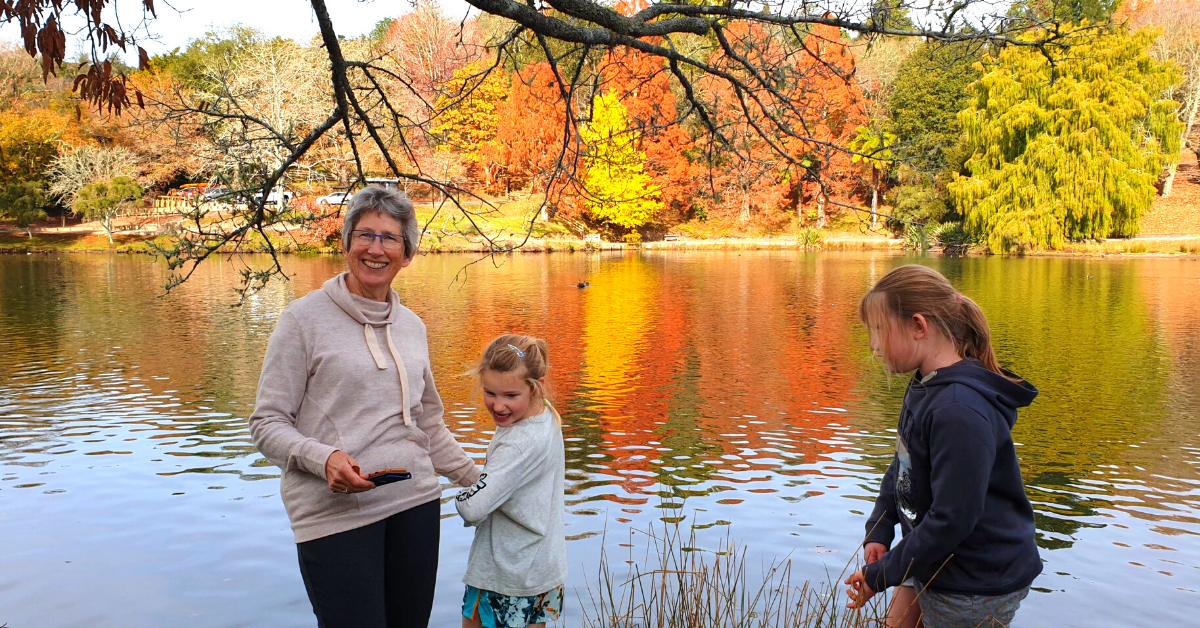 Raewyn Miller is an alumna of GirlGuiding New Zealand and has been involved in it for around 60 years!

“My mother was a Ranger and she got me involved as a Brownie in 1961 at our local church where GirlGuiding still runs to this day! I then went through the units as a Guide, then a Ranger, then a leader, and I have been involved ever since

A memorable experience I had in Guides occurred in 1967: I was 14 years old, and I was going on the National Heritage Trail (the equivalent of a Jamboree). We travelled by bus from Auckland to Christchurch, getting the ferry from Wellington in between, and looked at heritage sites on the way. We stayed at Lincoln University for 7 days, doing lots of activities during that week. It was the first time I had been away from home by myself, and the whole trip was such a highlight.

I was quite a shy girl when I was younger but doing Guiding gave me confidence in myself and helped so much going forward in GirlGuiding and life, giving me skills to stand up and talk in front of people. I once had to present a report to a National Meeting, and I was petrified. I thought everyone was going to notice my knees shaking, and it wasn’t until I sat down that I realized they couldn’t see my legs anyway! That was the first time I stood in front of people and spoke.

I have lived in Auckland most of my life, in the same suburb that I was born and grew up in. I did, however, also live in Canada with my husband for almost a year back in the 1970s, and I got involved with Girl Scouts during this time. We had lots of snow there and the Guiding Unit had leaders from Switzerland, Ireland, and France. I was desperately needing something to do over there because I couldn’t work initially, so it made sense to get in touch with Girl Scouts. Their headquarters were just down the road from where we were living, so it was very ideal. I remember a camp where all the tents were already set up on platforms on the site. At night, there were little fireflies that hovered over the swamp; the others warned me about getting them in my tent as they were a nuisance, but I thought it was beautiful. After our OE (overseas exchange) in Europe, travelling through Scandinavia and the UK we returned home. As soon as I arrived back in NZ, I received a phone call asking if I could reopen Somervell Guides and I rejoined straight away – and – I’m still here!

I had amazing leaders and as I grew older, I realized how special these women have been. They gave me many opportunities, and lots of support all the way through to my Queen’s Guide. That’s why I’m still involved; I love giving girls opportunities and instilling the values of Guiding which have been so important to me. You never know the difference you could be making in a girl’s life.

Outside of Guiding, I play tennis and enjoy outdoor activities with my family. I am still a leader and a trainer for GirlGuiding NZ, was the National Guide Advisor for a few years, attended an international trainer’s event in Sangam in 1989, has been the Regional Co-ordinator, and was the leader in charge of the 2012 Jamboree. These roles were all challenging but there was always a team of supportive people alongside.

Now I, along with many other leaders around the country, get to listen to the girls and find out what is important to them, utilizing the current ways of education to run these programmes and activities. My daughters and granddaughters have helped with this as they have all been involved over the years in Guiding, giving me the inside scoop of what girls get up to these days!”

To all current girls in Guiding: “Live by the Promise, do the best that you can, take the opportunities that are offered, and have fun.”