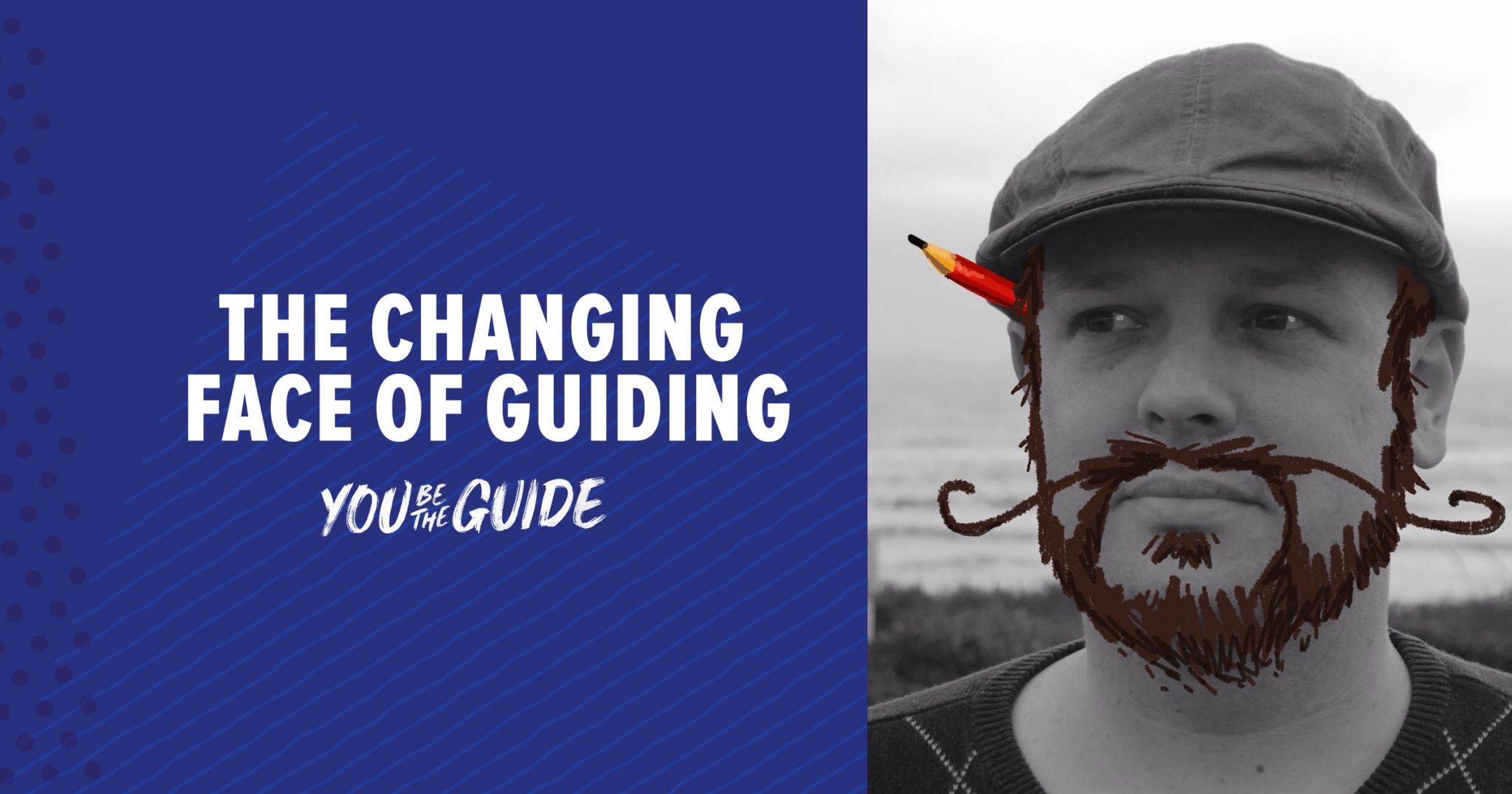 The Changing Face of Guiding

Many of us have an image of GirlGuiding in our head that involves only girls and women – but men can get involved too!

Men are eligible for volunteer roles and there can be many benefits for them, and the girls. Gavin is one dad who got involved with Guiding last year when his daughter joined the local Pippins unit. At first attending as a parent helper, he was soon recruited to become a co-leader, and for term three of this year he took over the reins as Unit Leader.

Gavin works from home as a freelance children’s illustrator. Spending days with his pre-schooler and biking with the kids to and from school and Kindy, he is quite used to having little humans around him a lot of the time – a definite advantage when you become a Pippins leader! It also gives him some flexibility in juggling his professional workload and the tasks associated with Guiding (OGM, badges, emails to parents etc).

His daughter joined Pippins to help build her confidence and circle of friends, and Gavin believes that his involvement has helped her do that even more. “She is proud I’m a Pippins leader. We did the art badge this term, which was ideal for me as a commercial artist. She got to see me as a teacher that others listened too, not just her dad. I could see was proud of me, and I got to see her interacting in a learning environment that parents aren’t typically an active part of.

“I think it can also be a bonus for the girls in Guides to have male role models too. There is no skill difference between males and females but if the girls only see women as their leaders, it can give the impression that there is or should be some difference to the vocations that women and men can choose. I want my children to look up to both men and women.”

Despite the benefits, Gavin doesn’t know any other dads who volunteer with Guiding and has only met one other male who does. To someone considering it he’d say get involved, and don’t be put off by the fact that as a male, you must have a female co-leader. “You’ve got to be realistic about that – it’s for your safety as much as for the children’s. It doesn’t mean you have to be second-fiddle or can’t step up. My current co-leader encouraged me to take the lead on planning the programme this term. Seeing male and female leaders sharing decisions sets a positive example for the girls.”

Apart from getting to spend more time with his daughter and play a positive part in other girls’ lives, Gavin has fun too. “What I enjoy most are the activities outside the unit. For example, we visited a fire station where the girls met a female firefighter, rode in and hosed down the truck. They were so excited. We also love doing the Pippins shout – the girls are always vying to be the one to lead it, and each week they choose a different place to leap from at the end of the shout…’Who are we? PIPPINS!’ It’s an awesome way to conclude the event.”