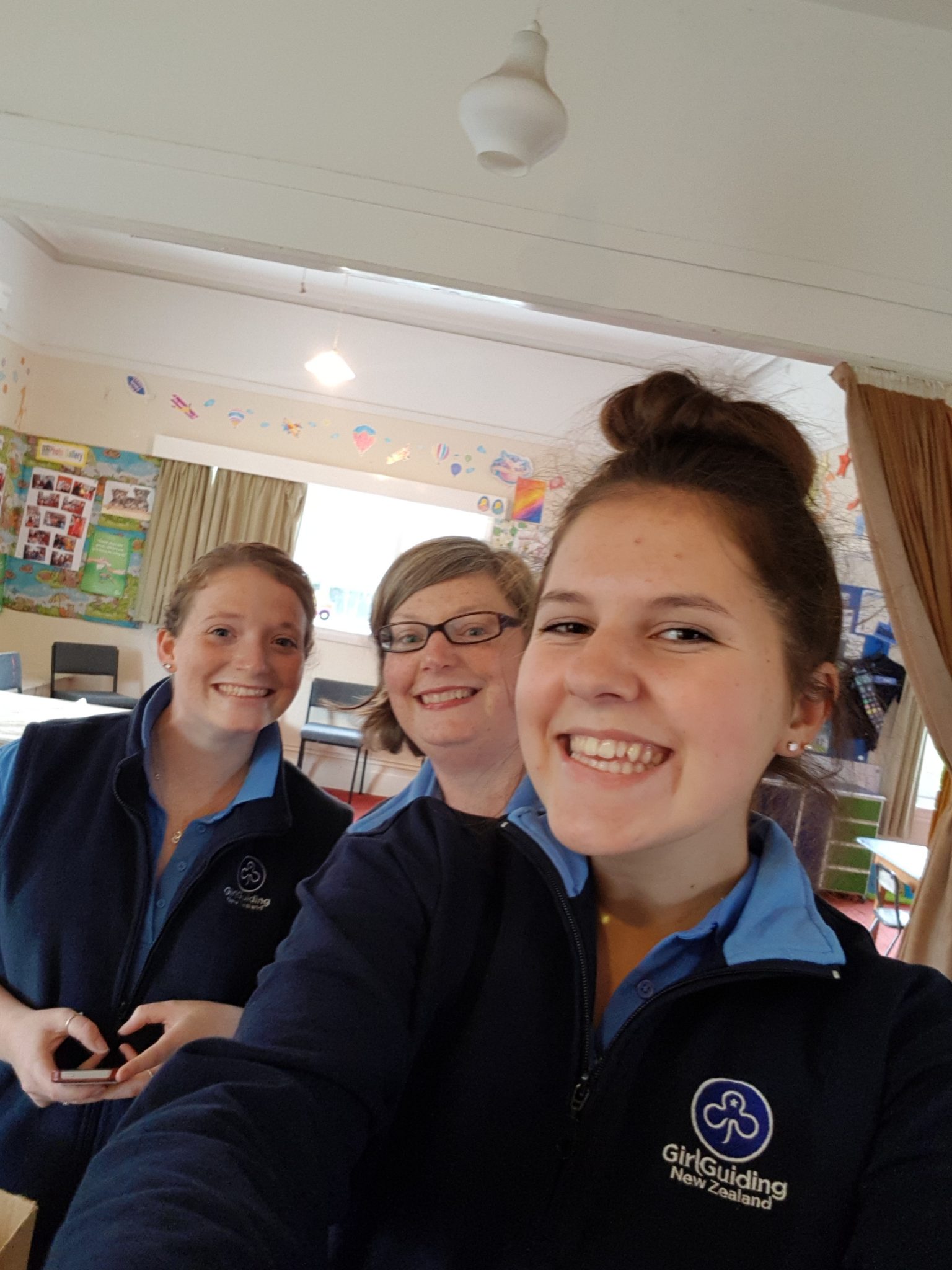 Stacey Skill shares how she came to be not just a GirlGuiding NZ volunteer Leader, but also a staff member.

Stacey lives just outside of the Christchurch area in a place called Glentunnel. She is committed to Guiding as more than a volunteer group Leader – she also works for GirlGuiding NZ,  runings the Cracroft Guiding Centre in Christchurch – one of our most popular – for 20 hours a week. !

“I spent the first eight years of my life in Upper Hutt, then moved to Invercargill, then to Christchurch to start university, and I have lived in the area since” says Stacey.

Maybe it’s not surprising that Stacey has found herself so involved in Guiding. “My Nana and some of my Aunties were Brownie Leaders, and my mum was a Ranger Leader” she says. “My older sister was a Brownie and didn’t like it, which put me off going into it myself as a shy kid. I only became a Leader after seeing a TV ad, driving me to get involved after completing my undergraduate degree.”

“I studied Conservation and Ecology at Lincoln University and then worked in research for a while. Government work wasn’t really what I wanted to do, so I started my own business as an agricultural consultant working with farmers and their crops, trying to use non-aggressive chemicals to attract beneficial insects. When the Guiding role (at Cracroft) came up, I took it on, and I now maintain both jobs. I have now been a Guide Leader for 11 years and been in the Cracroft role for three years so far.

“Being a Leader has improved my own confidence and my abilities to empathise with the girls as I work with them. I had always been awful at tying knots, and now I am known among the Leaders as being great at knots; all I had to do was give it a go, and it only took a shift of mindset to change this!

Fortunately, COVID–19 didn’t have a huge impact on Guiding for Stacey and her girls. “Some things were shifted around, but what I was proud of was the way that Guiding reacted to COVID-19. The move to online was quick and other Leaders were sharing ideas and helping each other out. Our programme went on as normal, aside from the occasional circumstance, such as having the girls do First Aid on teddy bears over Zoom before we were able to redo the badge tasks after lockdown. There was some difficulty getting the same level of involvement and engagement over Zoom as the online novelty wore off quickly and it became hard to get anything out of them e.g., lots of distractions from pets!

“Guiding lets you develop so many parts of yourself. My sister said once, ‘you go to dance to be a dancer, but you go to Guides to be a whole lot of different things’. You learn about your community, how to tie knots, to camp, to go into the bush safely, even how to be a well-rounded person. Not just a dancer. But we dance sometimes too!

“I just hope that Guiding is around for another 100 years and that it remains a volunteer service to the communities of NZ. It is so good for the girls to see adults volunteering to know that it’s a good thing for them to do for their community.

Stacey summarizes what she loves most about Guiding as “Do everything. There are so many opportunities that people pass on, but all are beneficial. You get out what you put in, so go in with a positive mindset that it will be fun, and it will be! Try things even if you think you may not be good at it (i.e. me with the knot tying!), and these will be the things you get the most benefit from.”

If you, like Stacey, want to inspire young women, (and maybe learn some new tricks yourself!) register to be a volunteer here!

Units in State of Emergency Locations to REMAIN CLOSED

Girl Guiding NZ Units may now be opened. As you may be aware, the Ministry of Education has approved the re-opening of…